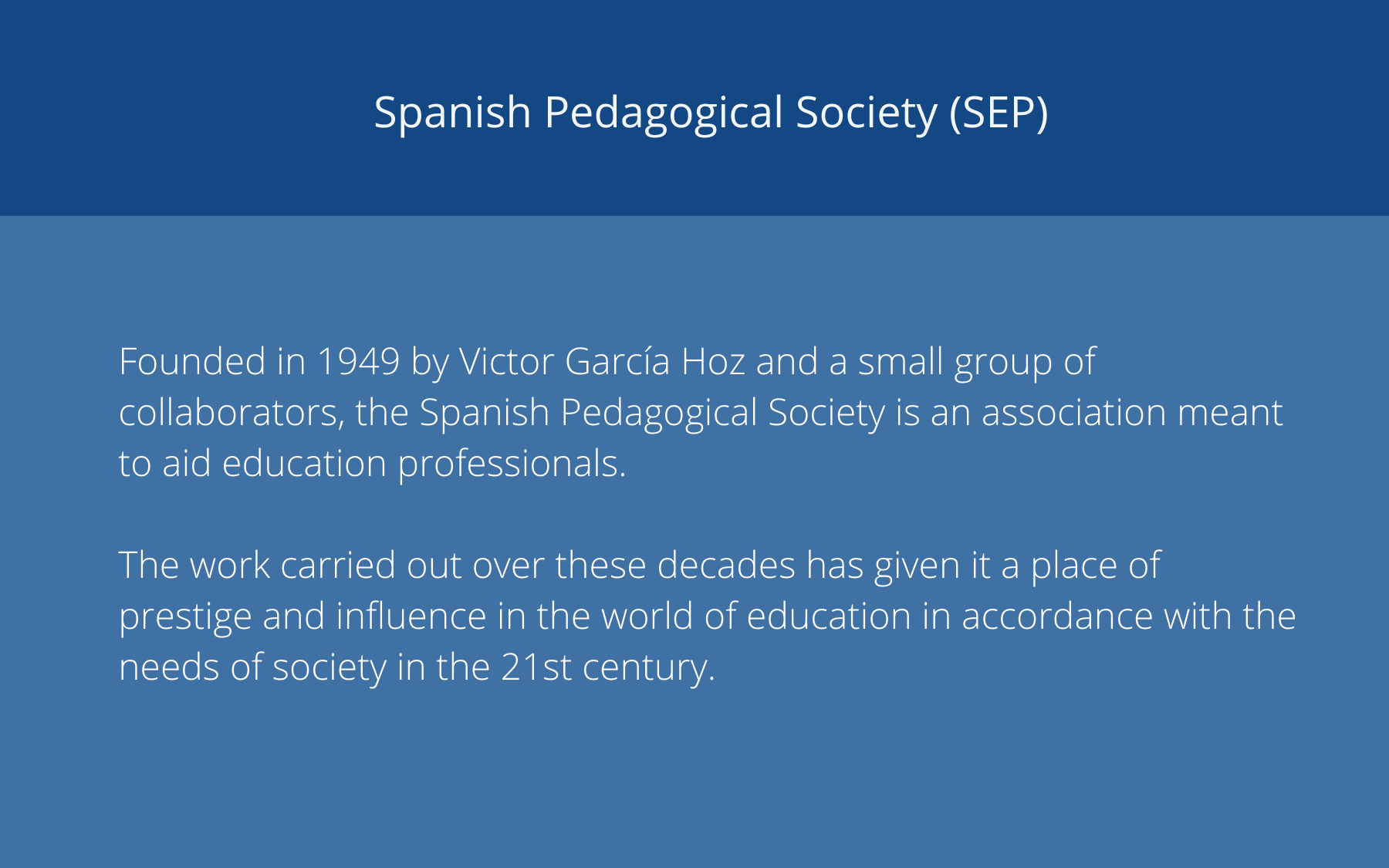 The Spanish Pedagogical Society (SEP) is a professional, scientific, non-profit organization open to all persons and organizations that are interested in reflecting on education and improving its quality.

Its beginnings date back to 1949. At a moment of pedagogic stagnation in Spain, Professor Victor García Hoz set up the Society.

By means of its journal Bordón and the organization of various courses and seminars, the aim of the Society was to generate a culture of pedagogic discussion that would help bring about changes in the Spanish education system. The most noteworthy actions revolved around organizing the National Conferences on Pedagogy and on promoting the opening of new schools and departments of Pedagogy at Spanish Universities.

Heir to this tradition, the Spanish Pedagogical Society today focuses its activity on publishing the journal Bordón, a scientific journal of pedagogy published quarterly. Originally aimed at servicing only Spanish education, its vocation now extends worldwide. Headquartered at the Spanish National Research Council (CSIC), the Society also carries out a number of activities of scientific interest. The most noteworthy is undoubtedly having organized a National (and later, International) Conference on Pedagogy every four years since 1959, which brings together representatives from all areas of education to study questions of interest in the field of pedagogy. Among its main aims are fostering pedagogical research and making its results better-known. 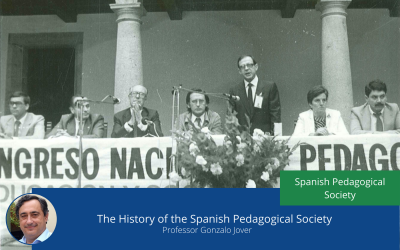 The History of the Spanish Pedagogical Society

The Spanish Pedagogical Society (SEP) was originally created in 1906 with the aim to encourage the study of educational issues. The initiative was founded to establish the practice of education on a solid foundation and endow it with scientific consideration.