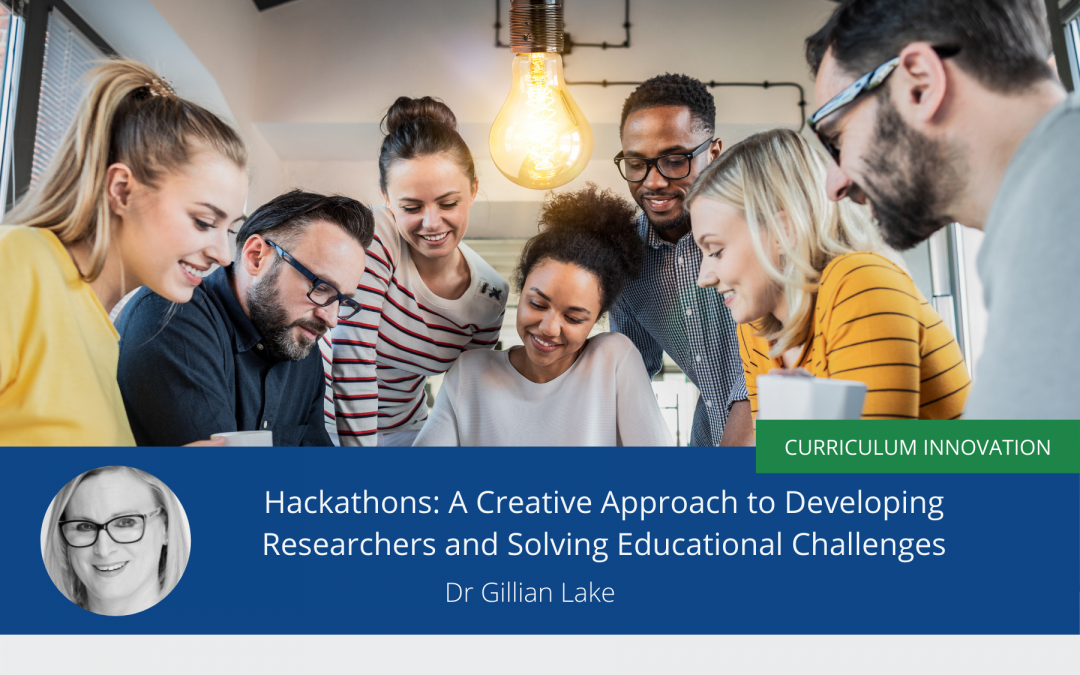 What do we expect from our education postgraduate research graduates in the 21st Century? The pace of society and its workplaces demands innovative, creative thinkers. This sits alongside all of the composite research skills they should acquire during their research degree (Ireland’s Nationals Skills Strategy 2025, DES; Doctoral Skills Statement, IUA).

During the slow burn of a research degree, it can be tricky to obtain fast-paced transversal skills, such as innovation, dynamism, and quick problem-solving. Events that allow research students to use strategies like design-based thinking (Razzouk & Shute, 2012) through challenge-based learning (CBL) tasks offer a way to do this. An example of one such event is a hackathon. A hackathon is a rapid, time-bound, pressurised problem-solving event.

Hackathons first emerged in the late 1990s. The ‘tech’ community broadly agrees that software programmers working on the export of cryptographic software in the OpenBSD project coined the phrase ‘hack’ to describe the exploratory work they were doing. Since then, Hackathons have been used widely in companies the world over; for example, they have led to the creation of many so-called ‘unicorn’ companies. More recently, their worth has been recognised in addressing worldwide challenges affecting climate and education.

DCU Institute of Education held its own two-day virtual hackathon event called ‘Hack to Transform’. This weekend event for postgraduate research students invited participants to solve/hack an education challenge for the 21st Century. In Hack to Transform, the focus was on one particular quadrant of The DCU IoE Postgraduate Researcher Development Framework: Personal Effectiveness Competencies. These intangible competencies include personal agility, teamwork, independence and creativity. Hack to Transform enabled research students to practise their creative problem-solving skills in order to create a pragmatic solution to the education challenge. The education challenge was broad enough to cover the range of research interests among the teams:

How can we ensure the most effective education experience for all in the 21st Century?

After one-minute pitches delivered by the students to their fellow participants on their proposed approaches, they voted on the five most workable solutions, using Tricider. They then formed five teams of three within which they could hack. The research students used the six stages of Design Thinking as a foundation for their approach to the challenge (Razzouk & Shute, 2012).  These are:

Working in a new team was central to the event. Education research students can often operate in a workspace vacuum, working in a solitary independent manner on their research (Carpenter, 2012, Pyhalt Toom, Stubb, Lonka, 2012). Indeed, most of the students who participated in this event had never met one another. The feeling of togetherness (even virtually) generated in working towards a common goal intensively over the two days developed relationships among the students which didn’t exist previously. They relied on one another and pulled expertise from a wide-ranging pool of resources.

The teams of research students were each supported by a mentor from outside of the university and academic setting. This increased their awareness of differing audiences for their work and the importance of clarity in what they were suggesting as a solution.  Mentors were approached as they were experienced leaders in their fields. Some were international and some were from the tech industry, from where Hackathons are thought to have originally emerged

Students were encouraged to present their solution to the assembled judging panel in an innovative way, so no slide decks! Some solutions included short films and interviews with key stakeholders. Judging criteria were provided in advance, and a scoring rubric was used by the five judges to pick the worthy winner: FUNdamential Education, which offered a novel approach to delivering education in the future.

The experienced judging panel remarked on the “high standard and innovation of the student presentations despite the limited timeframe”. Both they and the mentors were impressed by the professionalism, creativity, and reflexivity exhibited by the first-time participants. Mentors observed the bi-directional learning that occurred between themselves and their team. Strong working relationships were built.

Feedback from the students was also very positive, with many of them citing the “fun” they had and the opportunities they had to network “…with people with whom [they] otherwise would not be in contact” and “to work on creative ideas under pressure”. One student stated, “It has been fantastic to share this experience with people interested in solving big questions in education”. Many of the wider staff in the Faculty (including Management) attended the final presentations and prize-giving ceremony. Their presence and subsequent endorsement of the event, coupled with the positive feedback from participants, has ensured that Hack to Transform will be an annual fixture on the Faculty’s research events calendar into the future.

This Nano CBL event provided an opportunity for the realisation of the vision for Doctoral study in the Institute of Education at DCU. That vision espouses the principle that postgraduate study does not operate within a blank space, but rather within a vibrant, dynamic, and interactive academic community. 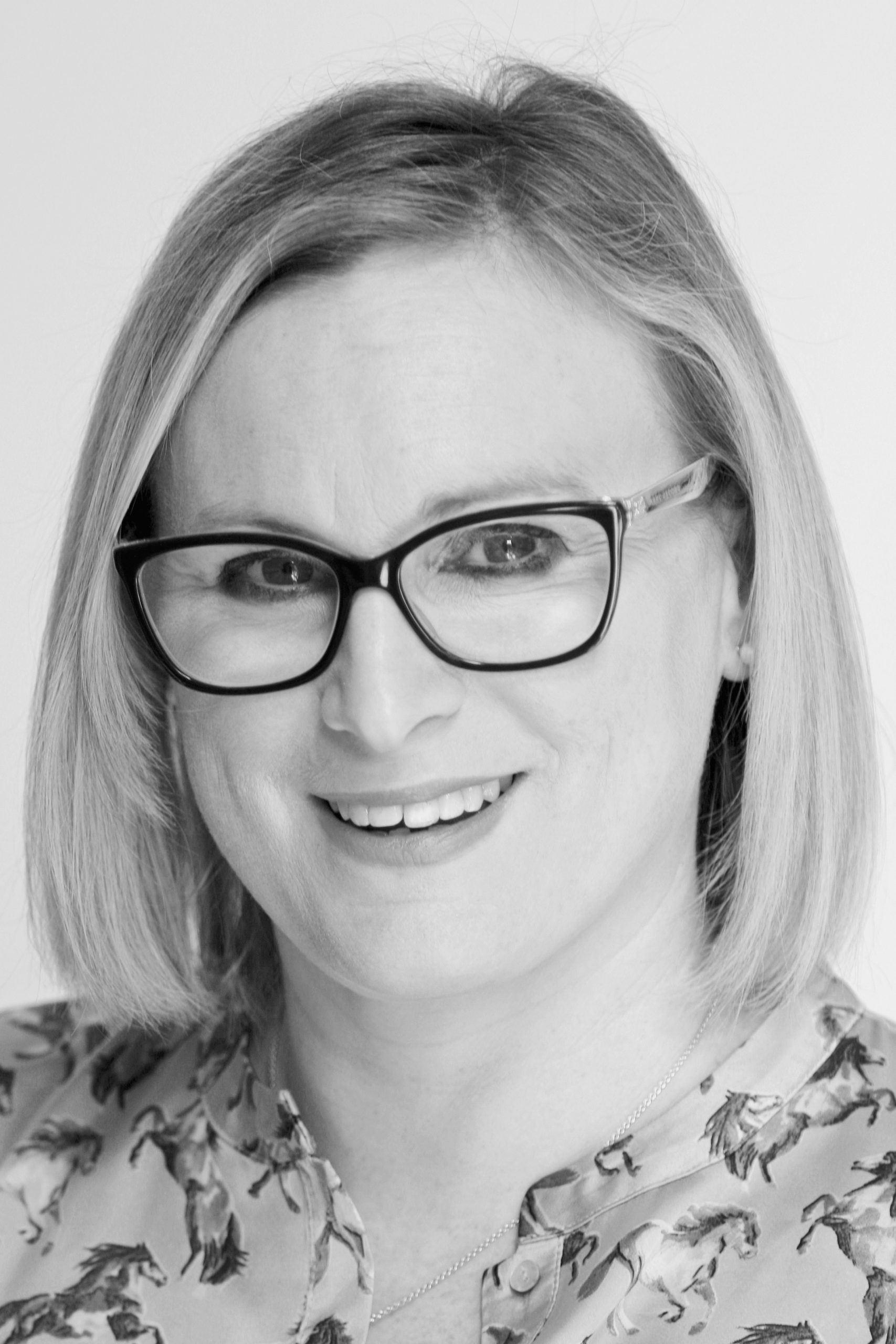 Gillian is an Assistant Professor in Early Childhood Education and Chair of Postgraduate Studies by Research at DCU Institute of Education. She is also a Fellow of Advance HE, (FHEA) in the UK.

She was a Primary Teacher in Ireland for many years before first undertaking an MSc in Child Development & Education (University of Oxford). She was then awarded the Elfrida Talbot Scholarship to undertake a Doctorate of Philosophy in Education at University of Oxford, focusing on language development and Early Childhood Education. She has continued to work in this area, both as a lecturer (DCU & Oxford Brookes University, UK) and a researcher.

Gillian was shortlisted for both the DCU President’s Award for Excellence in Teaching and the DCU President’s Award for Engagement in 2021. She is DCU’s representative on the National Academic Integrity Network and has just secured SATLE Funding – €15, 000 (National Forum for the Enhancement of Teaching and Learning in Higher Education) for a project which is investigating Awareness of Academic Integrity across all DCU stakeholders.