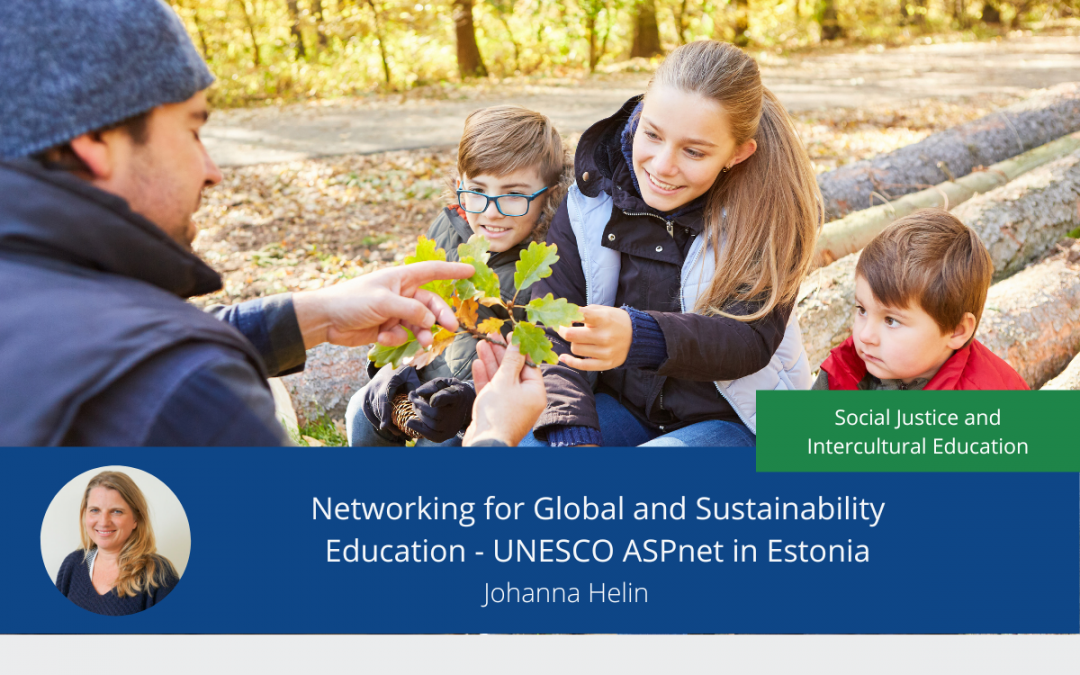 Networking for Global and Sustainability Education – UNESCO ASPnet in Estonia

UNESCO is tasked to ensure that education serves the values of peace, human rights, freedom, justice and democracy, respect for diversity, and international solidarity as defined in the UN Charter and the Constitution of UNESCO. Since 1953, the organisation has offered schools in its member states the opportunity to apply to be part of the UNESCO Associated Schools Network (ASPnet), which supports the promotion of the UNESCO ideals. Today, the ASPnet connects more than 11,500 schools in 182 countries, and the current strategy aim for the network is to support Education for Sustainable Development (ESD) and Global Citizenship Education (GCED). These are seen as the key instruments for achieving the Sustainable Development Goals (SDG) Target 4.7 with the aim of giving all learners the knowledge and skills to promote sustainable development (UNESCO, 2014).

The ASPnet has, throughout its existence, aimed to strengthen the horizontal links between schools through twinning and flagship projects which support the diffusion of participatory and critical enquiry pedagogies (Schweisfurth, 2005). The Baltic Sea Project (BSP) is one of the oldest flagship projects. Since 1989, it has united schools in the countries bordering the Baltic Sea to tackle regional environmental problems through education. Currently, in the nine participating countries, over 165 schools (mainly upper-secondary level) are involved in the BSP activities (BSP, 2022).

My research deals with the history and current state of these school networks in the context of Estonia and analyses how the process of tighter integration of the BSP network into the UNESCO ASPnet contributes to achieving a more holistic understanding of a sustainable future through enhanced cooperation between different subject teachers and civil society organisations (CSOs).

The process of revitalising the school networks started in 2014, when the Estonian UNESCO National Commission gave the task of coordinating the networks to two separate CSOs that both work as resource centres for schools and teachers: the Tartu Environment Education Centre (TEEC) started coordinating the BSP network while NGO Mondo’s Global Education Centre restarted the UNESCO ASPnet. Both centres are highly valued actors in their respective fields in Estonia.

The integration process of the networks started in 2018 with first the CSOs coming together – the coordinator from TEEC took part in Mondo’s Global Education training with some key teachers from the BSP network and the integration proceeded with joint planning, events and new guidelines for schools. According to the renewed guidelines, all ASPnet schools are encouraged to include global and sustainability education into school development plans, school regulations, management style, and community participation. They are required to do a minimum of one international UNESCO project/campaign/program and two UN thematic days yearly.

ASPnet schools are also expected to mainstream ESD and GCED to curriculum, working plans and lessons and support cooperation between teachers. As a follow-up activity to strategy renewal, all BSP schools were awarded ASPnet membership.

Analysis of the ASP Network in Estonia

The main aim of my study was to analyse the institutional and ideational context of ESD, GCED and ASPnet in Estonia, questioning whether networking can support a more holistic, critical, and transformative GCED and ESD – dimensions which are seen as crucial in the academic literature (Bamber, 2019). I used mixed methods to gather data from the ASPnet teachers and Estonian education policymakers and experts.

A survey questionnaire was completed by 24 teachers in the network, and 20 teachers took part in a participatory workshop during the ASPnet Annual Conference. In addition, ten teachers, five policymakers and five experts and coordinators were interviewed online. A review of annual reports from schools, previous studies, and policy documents was also conducted.

The survey data, interviews and workshop conducted with the ASPnet teachers showed some silos between different subject teachers. While teachers of natural sciences (chemistry, physics, biology) linked global competence to environmental awareness, teachers of social sciences (civics, history, geography) and languages linked it to intercultural competence. While all teachers saw the need to encourage students’ critical thinking, social science teachers saw more value in introducing controversial topics to discussions as well as critical examination of topics such as capitalism, colonialism, and nationalism.

Silos also exist in an institutional context where different ministries support various aspects of Target 4.7: the Ministry of Environment supports environmental education and ESD while the Ministry of Foreign Affairs gives funding for GCED activities. At the same time, the joining of the networks and increased collaboration between different subject teachers has been useful in breaking down the silos and increasing cooperation. However, there is room for improvement in ASPnet at all levels, from the school to national and international levels. Activities often end up being one-off events without a profound impact on the school as a whole. Communication problems and lack of resources also hinder UNESCO ASPnet from reaching full capacity.

Since the restart of the network, several new educational institutions have applied to join the Estonian ASPnet (including pre-schools, primary schools, and secondary schools), which could be seen as a positive result of the new, more inclusive approach. At the beginning of 2022, the Estonian ASPnet included 60 educational institutions (7-8% of all schools in Estonia). Many schools have joined after their teachers participated in Mondo’s in-service training in GCED.

Being a member of ASPnet is seen to give prestige and legitimacy to the schools (especially in situations where schools need to compete for students), as well as more resources to work on global and sustainability education. The network coordinators motivate teachers to be active by offering recognition, awards and opportunities for student participation and their resources are appreciated by the participating teachers.

Looking at the overall context of GCED and ESD in Estonia, we can see both opportunities and challenges for the promotion of UNESCO values. The main challenges are related to the overall policy discourse, which emphasises neoliberal, nationalistic and security discourses with limited reference to global solidarity. Emphasis is on subjects tested in high-stakes exams and PISA. At the same time, the autonomy of schools and teachers gives opportunities to place more emphasis on ESD and GCED in schools where teachers are trained, resourced, and motivated. The curriculum encourages including these themes in a transversal manner, which supports the activities of ASPnet. Openness and expertise in digital learning are also assets (GENE, 2019).

The study concludes that the ideas around holistic, critical, and transformative dimensions of GCED present in academic literature need contextualising. The decolonisation discourse is becoming more prevalent in academic GCED literature, where it refers predominantly to Global North vs Global South relations, while ignoring the post-Soviet experience.

When asked about criticality, one of the Estonian teachers noted that:

“in school, we should talk more about colonialism as we were ourselves colonized only recently, but we should not be too critical of nationalism as we need to protect our minority language and culture”.

This shows how concepts like ‘colonialism’ and ‘nationalism’ can have different meanings and connotations in different contexts. The ‘west’ in this context is not a symbol of past and current injustices, but a symbol of democracy and human rights as opposed to Soviet and Russian authoritarianism and chauvinism.

One of the biggest current challenges for the Estonian education sector is the war in Ukraine, the integration of Ukrainian refugees into Estonian schools*, continuing integration of the Russian-speaking minority into Estonian society, as well as fighting propaganda and hate speech. In this situation, GCED can have a key role to play in supporting peace, global solidarity, and human rights, but special emphasis needs to be put on critical media literacy.

* By the end of May 2022, Estonia received more than 40 000 refugees from Estonia (3% of the Estonian population), and thousands of refugee children need access to education in Estonia. 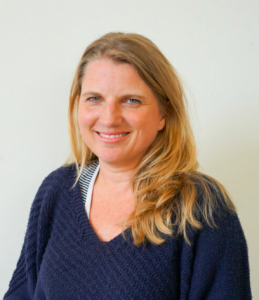 Johanna Helin is an EdD candidate at OISE (University of Toronto) and carries out studies and evaluations through UbuntuEDU in Finland. She has many years of experience in Global Citizenship Education from Finland, Estonia and Canada. Her dissertation research is on global citizenship education and critical media literacy in selected ASPnet schools in different country contexts.