The Experiences of Irish Teachers in England 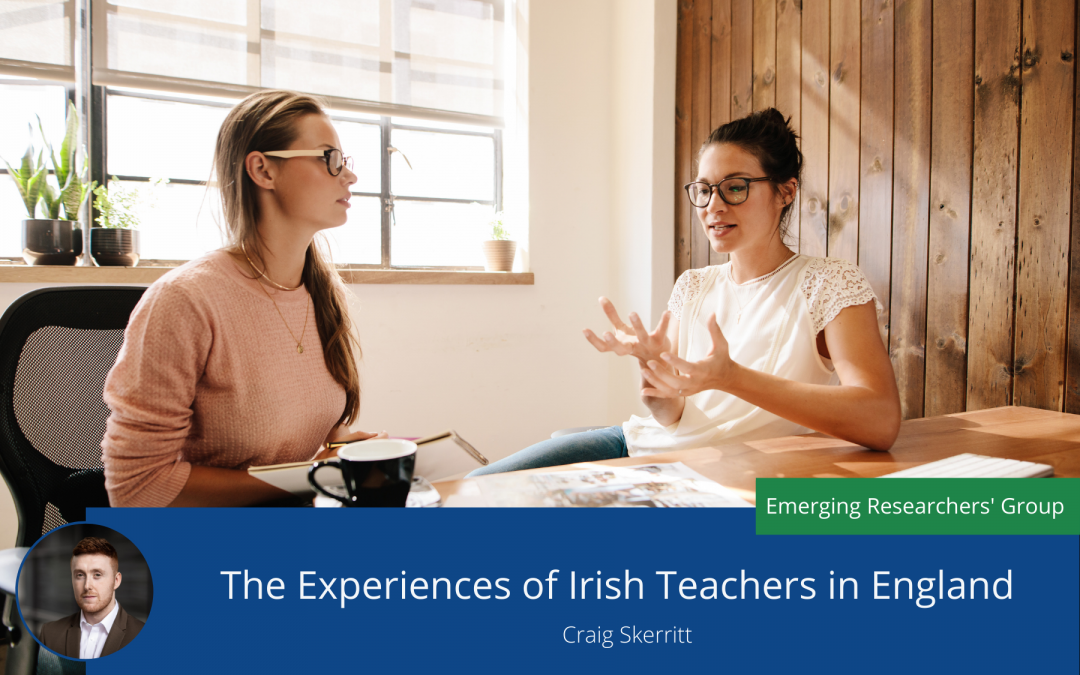 Emigration has become common for many Irish teachers due to the often precarious and casual nature of employment many recently qualified teachers face in Ireland. England, the nearby neighbour, has proved to be a popular destination for many. England has faced a severe teacher recruitment and retention crisis for many years and recruiting teachers from countries such as Ireland, often facilitated by recruitment agencies, has become a common practice.

Ireland is now one of the top providers of teachers to England but, despite the volume of Irish teachers passing through the English education system, very little is known about their experiences in and perceptions of English schools. We often hear unpleasant anecdotes in Ireland or read complaints on social media channels and online platforms about teachers’ working conditions in England. Still, in terms of scholarly literature on Irish teachers’ experiences in and perceptions of English schools, it has until recently been confined to one published report.

My qualitative research adds to this report and offers a voice to an under-researched but common group of teachers in England. It may be of use to practising and pre-service teachers in Ireland considering moving to England, school leaders in England during the teacher recruitment process, and researchers and policymakers in both countries and beyond. The full research paper, where for the first time Irish teachers’ experiences and perceptions of autonomy and accountability in England are documented, is available here.

The reality for many teachers is that they work in low-trust environments characterised by heightened and oppressive top-down control and micromanagement, frequent and stressful inspections and audits, and intensive and unsustainable requirements and demands. In contrast, however, accountability is less of a feature of Irish schools, and the working conditions are more benign.

It is well documented in the literature that a teacher’s identity (i.e. his/her professional beliefs, values, and principles, and the professional self-image he/she holds) is closely linked with his/her past experiences of education. In my research I proposed that the cultural change for Irish teachers who move to England would be challenging for them and their professional identities given their previous experiences of school in Ireland. Here are some of the challenges that Irish teachers report facing in England:


Challenges for Irish Teachers in England

The Irish teachers I interviewed were overwhelmingly negative about their experiences in English schools. They contended that they did not exercise much autonomy, but endured too much accountability, including for aspects that they felt were beyond their control, such as the behaviour of students and the grades they obtained. A common way of holding teachers accountable was through what interviewees referred to as ‘learning walks’ where senior staff members enter their classrooms unannounced to observe their practice and to engage in dialogue with students. A second method was through inspections of their ‘marking’ or corrections of students’ written work.

The participants reported working very long hours that went beyond early starts and late finishes and extended into weekends and school holidays. The feeling was that teachers’ work in England is dominated by administrative tasks that distract teachers from their teaching duties. The accountability and accountability-driven workload provoked various negative emotions and, notably, it was felt that school leaders in England were overly critical and unsupportive, which gives rise to fear and anxiety among teachers in English schools. As negative as the Irish teachers were towards the internal accountability regimes they faced, they were more critical of the external inspectorate which they recognised as being the source of their problems due to the pressure placed on schools in England. Irish teachers appear to have very strong views on the motivations of English schools, and they considered these schools to be more concerned with the needs of the organisation than the needs of the students.

Significantly, all participants experienced some form of identity clash or crisis.  The typical perception that English schools prioritise looking good over doing good, the discourses of what it means to be a ‘good’ teacher in England, and the feeling of being constantly watched produced many struggles. Some spoke of complying, but the adoption of coping strategies whereby teachers strategically give the impression of conformity was common. Worryingly, this means that students do not receive ample attention – to reduce their workload participants spoke of feigning peer-assessments, assigning oral tasks, and providing feedback on work they had not read. A quote from one participant, a female teacher who had recently left the teaching profession but remained living in England, always stands out for me and exemplifies how many teachers lose sight of their students’ needs due to their fight for survival. This participant acknowledged the students as not being ‘the main concern anymore’, and while resenting what she had become, she justified her behaviour through her vulnerable position in an accountability-driven system:

What I went into teaching for was to be with the kids. I wanted to help them, and at the end, I know this sounds horrendous but the kids actually became an inconvenience – they were getting in the way of everything else I needed to do… At the end of the day, I was being judged as well. So I was marking the kids’ work but my work was being marked by senior leadership so I was still a student.

Indicative of how Irish teachers experience and perceive professional autonomy and accountability in England is how, despite having a clear desire to eventually return to Ireland to teach, the participants would not be willing to work as teachers in Ireland under similar conditions. While there is a need for further research in this area, for now, it appears that Irish teachers have overwhelmingly negative experiences in, and perceptions of, life inside English schools. This is not to say that teachers from England do not struggle in these high-stakes and low-trust accountability-driven environments too – many do. Still, with their previous experiences in Irish schools, teachers from Ireland are perhaps more likely to find these conditions challenging and problematic. 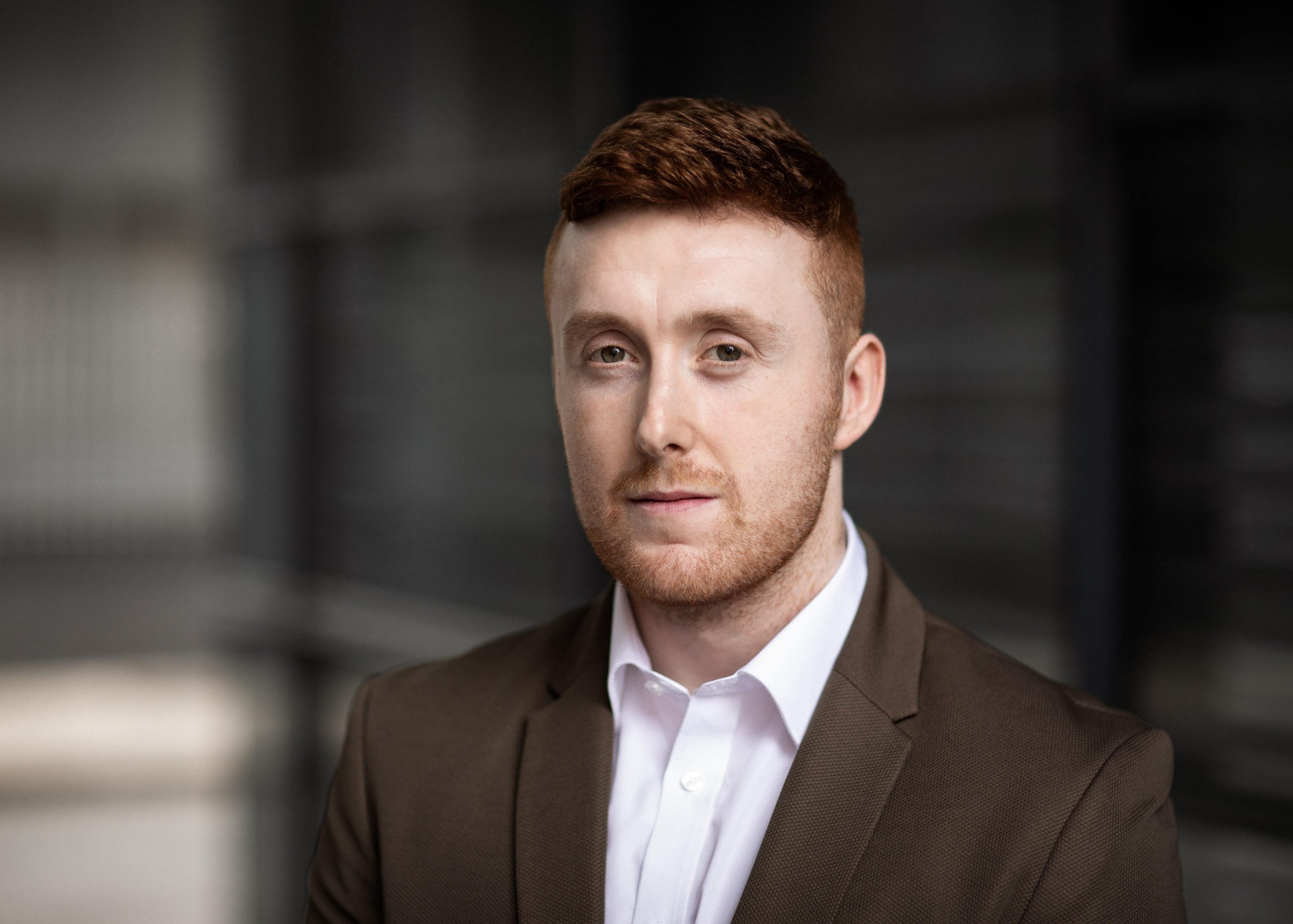 Craig is also the Dublin City University School of Policy and Practice Scholar, the Policy and International Programmes Manager at the Royal Irish Academy, and a member of both the British Educational Research Association and the Educational Studies Association of Ireland.

Perryman, J., & Calvert, G. (2020). What motivates people to teach, and why do they leave? Accountability, performativity and teacher retention. British Journal of Educational Studies, 68(1), 3-23.